Keep your eyes peeled for the Old Forest Folk 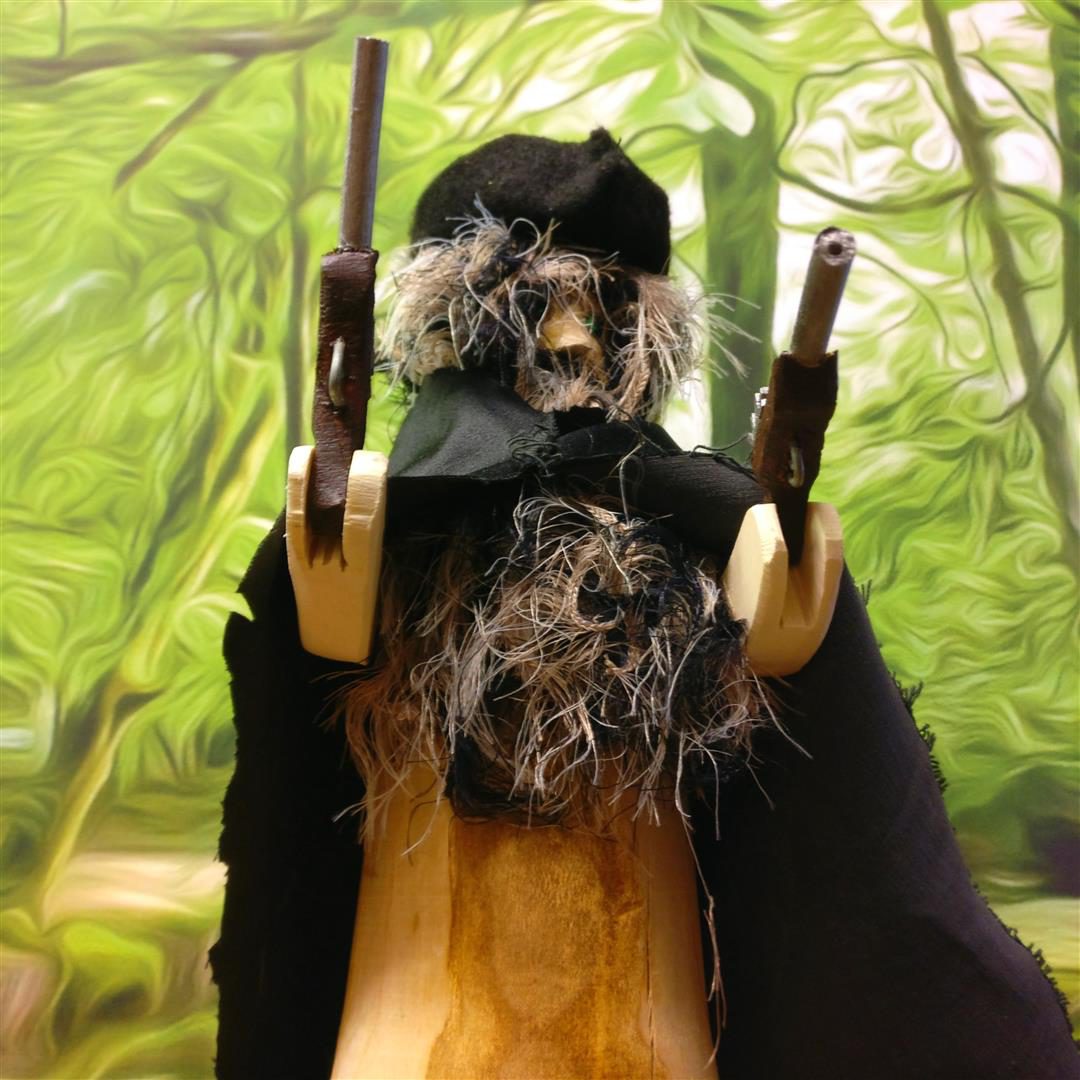 There’s a lot of Old Forest Folk can be seen in the New Forest:

First, there’s Old Mob; if you meet him down one of the forest rides, I’d suggest you don’t stop to ask directions! Then there’s the Wise Woman, but don’t trust the mushrooms she’s picking, we’re not sure she’s that wise! The woodsman is OK, just don’t sneak up behind him, anyone who uses two axes can’t be that stable (but he is even-handed) You can always find the lute=player out in the woods, that’s the only place we let him play! – They say it’s his lute playing that causes the leaves to jump from the trees. There are a few witches, this one is trying not to look surprised at the size of the cobweb and having second thoughts about any spell that needs a spider this big. The fisherman can often be seen on the banks of the Otter river (Ok, so it was renamed the Beaulieu River in oh say the 14th Century, but you know forest folk, they take a while to get used to anything new; we’re still a bit upset with William giving our forest such a naff name after Ytene!) Wizards pah! We try to grow useful straight sticks, we’re sure its the wizards that make them all curly!

There are even more Old Forest Folk made by the original Bashley Art and very soon they will be stars of a new set of Forest stories. (hopefully we will be stocking them)