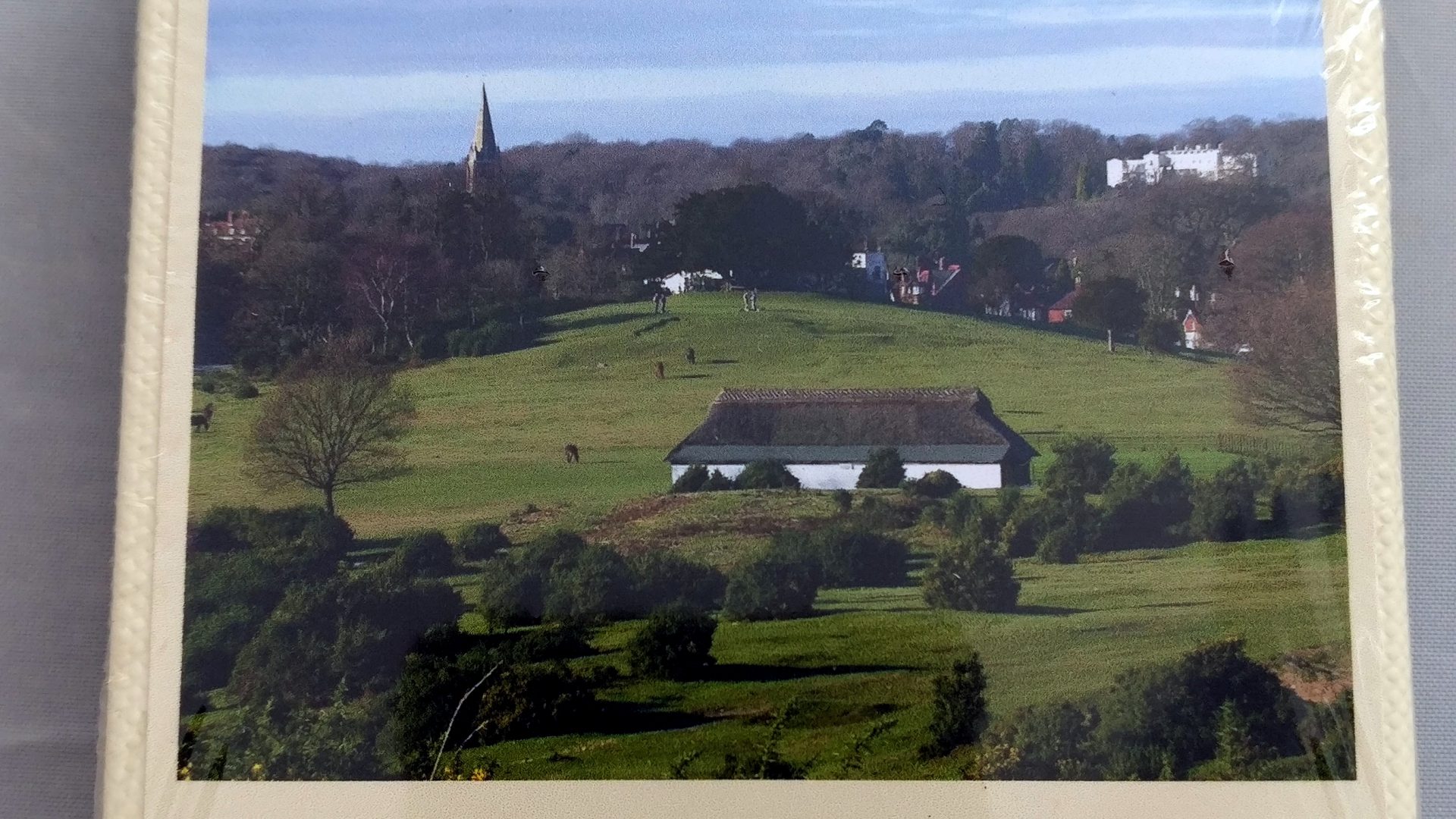 This wooden jigsaw has 40 pieces, but it laser cut out of wood, so the pieces can be any shape; there are ‘whimsies’ cut into it; shapes of animals rather than uniform jigsaw shapes.  Also the corners are bisected so you can’t even start with the corners!

The picture is our own of Boltons Bench
On Facebook: https://www.facebook.com/TheBenchLyndhurst/
or google maps: https://goo.gl/maps/W8dLPFV1q2n

This apparently is how the hill was formed:

The local tradition is that a dragon had his den at Burley Beacon, about 3 miles east of Bisterne, at Burley. He “flew” every morning to Bisterne, where he would be supplied with milk. In order to kill the dragon, a valiant knight named Berkeley built a hide, and with two dogs lay in wait. The creature came as usual one morning for its milk, when the hide door was opened the dogs attacked it, and while thus engaged the knight took the dragon by surprise, mortally wounding him. The dragon took flight, but not before killing the knight and even eating his yew bow. Finally succumbing to his wounds he landed outside the village of Lyndhurst. His corpse turning into the hill now known as Boltons Bench. The yew bow sprouted and became the ring of yew trees that can still be seen today.